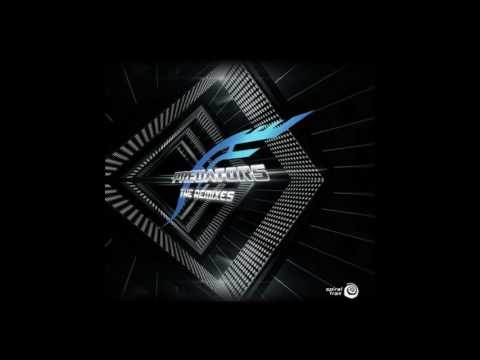 → SUBSCRIBE TO PLUR ॐ GOA : http://bit.ly/SubscribePlurGoa Release Info : Predators - The Remixes, 2017, Spiral Trax Records Download + Tracklist : click SHOW MORE Buy Here : http://bit.ly/2uDyE6B Subscribe to Spiral Trax Records : http://bit.ly/2kpkiRU 01. Predators - Simple Electron (Orion Remix) 0:00 02. Predators - Planet X (ManMadeMan Remix) 7:12 03. Predators - Object (Mind Lab Remix) 15:53 04. Predators - Welcome to Reality (Predators Remix) 23:04 05. Predators - Karahana (Predators Remix) 31:05 06. Predators - Inverse Gravity (Martian Arts & Black Noise Remix) 38:06 07. Predators - Electronic Oscillators (Mickey Noise Remix) 45:24 08. Predators - VCO (Sync Predators Remix) 52:48 09. Predators - Mystery Signals (Black Noise Remix) 1:00:45 10. Predators - In the Dark (Predators Remix) 1:08:49 Predators with massive remixes. Spiral Trax Records returns with a special gem of an album 'The Remixes' by Greek maestros Predators presenting 10 finely tuned collaborations. Gathering a masterful phalanx of both top veteran Goa masters together with an elite corps featuring the new breed of tour tested headliners. The masters of the trade include Orion, ManMadeMan and Mickey from Wizzy Noise. Mind Lab aka Alchemix joins the ranks of the middle era of old school, while the front line is charging ahead lead by Martian Arts and Black Noise. Each of these six stellar team mates contributes much more than only a remix kit, all of these producers spent time working with each other creating a personal experience that manifested in countless hours in the studio to develop each song into a finely crafted fully original composition. When we subtly label this album 'The Remixes' it might best be philosophically thought of as Reincarnations because every track has become a fully new creation, with the soul of the original embodied throughout. Special note goes out to labels Phantasm and Goa Productions who contributed and supported this project as well. Mastering at world famous Plus6 Studios based in Greece, by veteran producer and proven master engineer Mickey Noise. Predators is a Greek based project which was conceived in Athens by Andreas and Stavros (aka Dj Dr. Insekt) Kamenidis. Stavros started djing in 1991 and after 5 years developing and mixing different styles of music, psychedelic trance won him over. He studied sound engineering and movie editing and he is now working in both while making music and DJing. Andreas started making music in 1997 when his passion for electronic music took all over him! Till then Stavros was teaching him the Techno philosophy and he was hooked. After that psychedelic trance came into his life and made him start making his own music! In the meanwhile he studied sound engineering and music technology and in 2000 he released his first album called 'Predator' (No1 in sales) under the project name Legion Of Space. After that he had a solo career for a couple of years till the end of 2002. So in January of 2003 they decided to share their knowledge in electronic music and they created the project Predators. They have already released tracks in several labels such of Etnicanet, Kagdila, Warp Brain, Hinowa, Sun Project, Code Vision, Goa productions, Phantasm, Spun and others. Their debut album named 'Cosmos' released in November of 2008 from the US based record label Geomagnetic.tv Their 2nd highly acclaimed album 'Radio Telescope' was released with Ovnimoon Records in June 2011 and in June 2013 the finally tuned 3rd Full Album titled Inverse Gravity also on Ovnimoon Records. Now with The Remixes as their 4th album in 2017. Follow PLUR ॐ GOA: https://www.facebook.com/plurgoa https://plus.google.com/u/0/+PLURGOA/... Follow Trancentral: Youtube: http://bit.ly/TrancentralSubscribe Facebook: https://www.facebook.com/TrancentralTV Website: http://trancentral.tv/ GlideBros: http://www.glidebros.com/